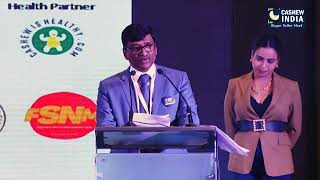 India is the largest market for cashew kernels with annual demand in excess of 300,000 tons valued at approximately INR 18,000 cr (about USD 2.5 billion). Unlike the west where cashew kernels are largely used as snacks, the kernel consumption in India is mostly as food ingredients. This offers an opportunity for all grades of cashew kernels in a plethora of segments from breads to biscuits to ice-creams to curries to vegan cheese to sweetmeat preparations. The demand for cashew kernels in India is growing at close to 6% pa, thanks to several synergistic developments. These include (a) year-round availability of raw cashew nuts from India as well as rest of the world; (b) geographic spread of cashew processing zones; (c) government reforms such as GST, lowering of corporate taxes, incentives for food processing units and exports and so on; (d) proliferation of retail chain stores; (e ) new age enablers such as e-commerce, digital payments etc; and (f) increasing awareness on health and nutritional benefits of cashewnut and changing food habits of consumers.

The domestic value-chain of cashews, that is from producer to processor to wholesaler to retailer to consumer, is long, fragmented and complicated. This creates gap in understanding the requirements of customers in so far as product, packaging and presentation as well as demand cycles. An exclusive forum for cashew value-chain participants of India is much needed to align the interests of the stakeholders and shape the future growth of the industry.

Hence, Cashew India BSM has been conceived. This initiative is from www.cashewInformation.com, owned by Eventell Global Advisory Private Limited for the development of India cashew industry with the support of the industry.